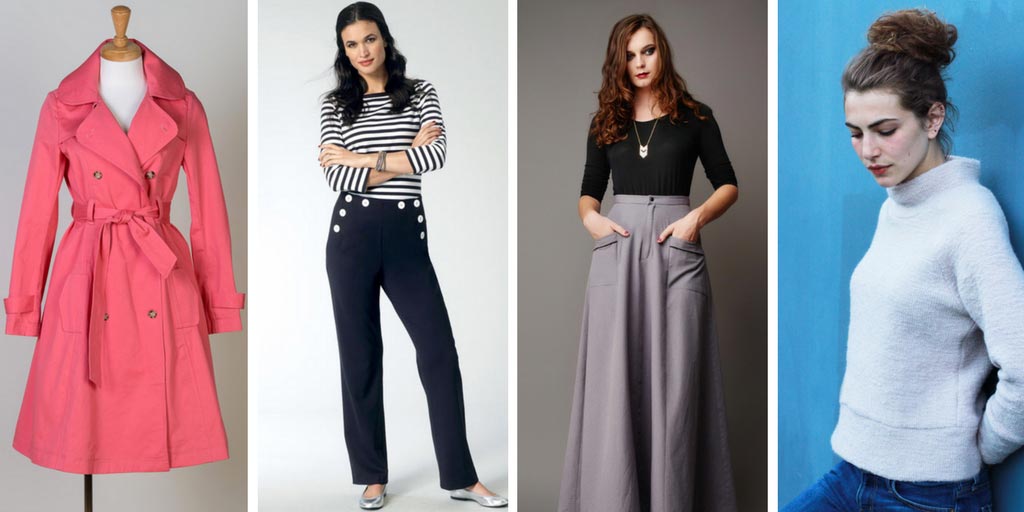 I don’t usually plan what I’m going to make for the year but I have bought many patterns over the past year, not to mention the scores of patterns that are already in my collection. So I decided to make a list of my #2017MakeNine, which was started by Rochelle of Lucky Lucille last year (check out her 2017 Make Nine here).

I’ve been going over some of the patterns in my sewing queue and trying to decide what my priorities are. It’s a balance between what I need now (more pants!) and what I’d like to make. 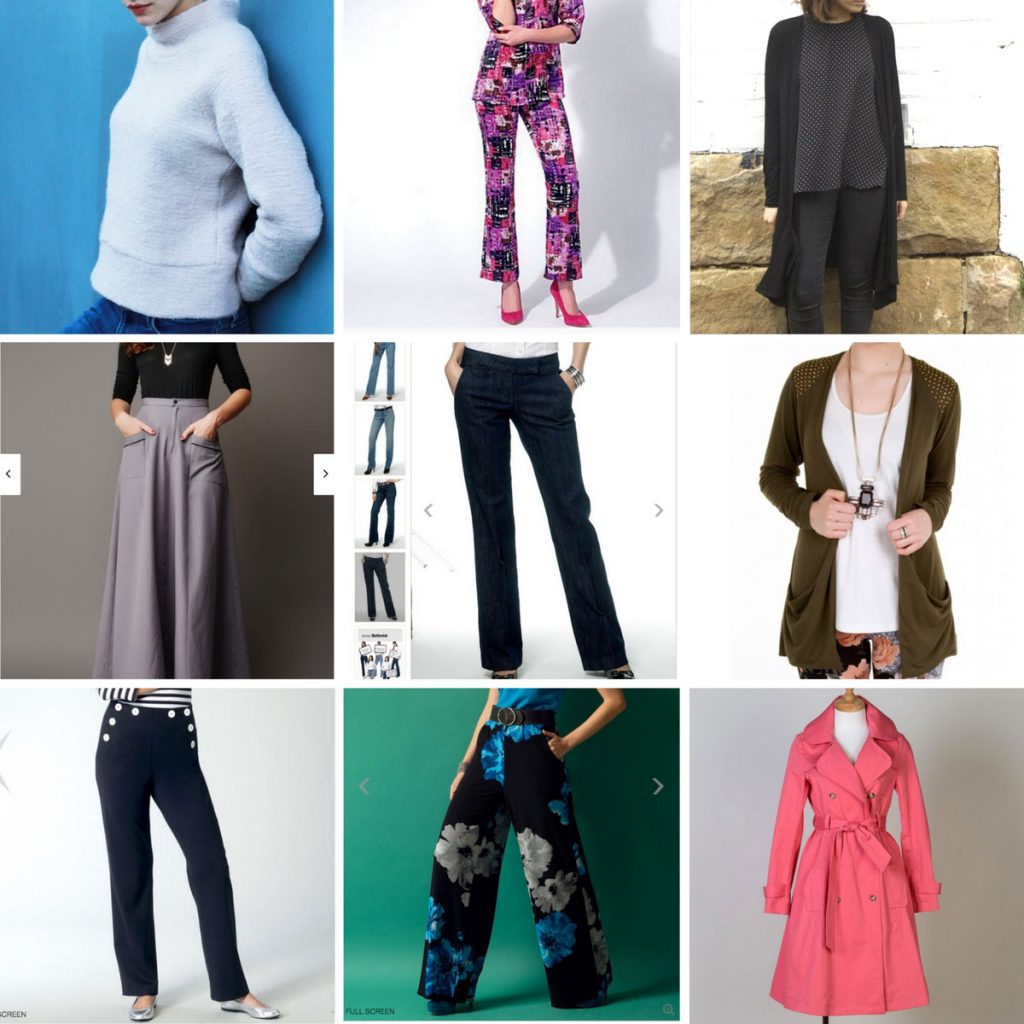 I’ve got fabric for five of the patterns in my 2017 Make Nine list. You’d think that having fabric makes you more likely to make something but that’s not always the case. Here’s what the patterns look like. 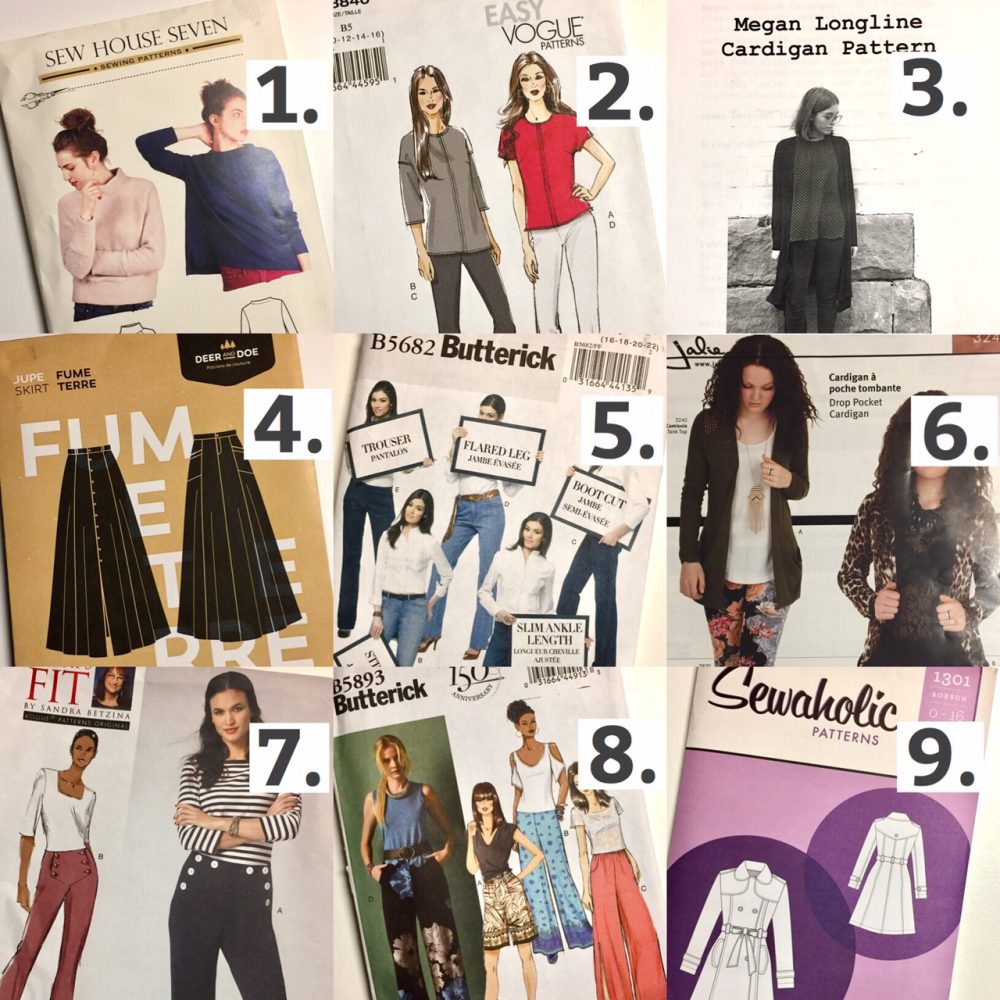 And here’s a bit more about my 2017 Make Nine patterns.

I also like vintage and out-of-print patterns. So I made another 2017 Make Nine for those patterns, which include dresses, hats, pants, and skirts. I got the vintage Vogue hat pattern from Nettie of Sown Brooklyn. She very kindly gifted it to me after she posted it on Instagram and I commented that I loved it. Ah, the generosity of sewcialists is boundless! Thank you, Wanette! 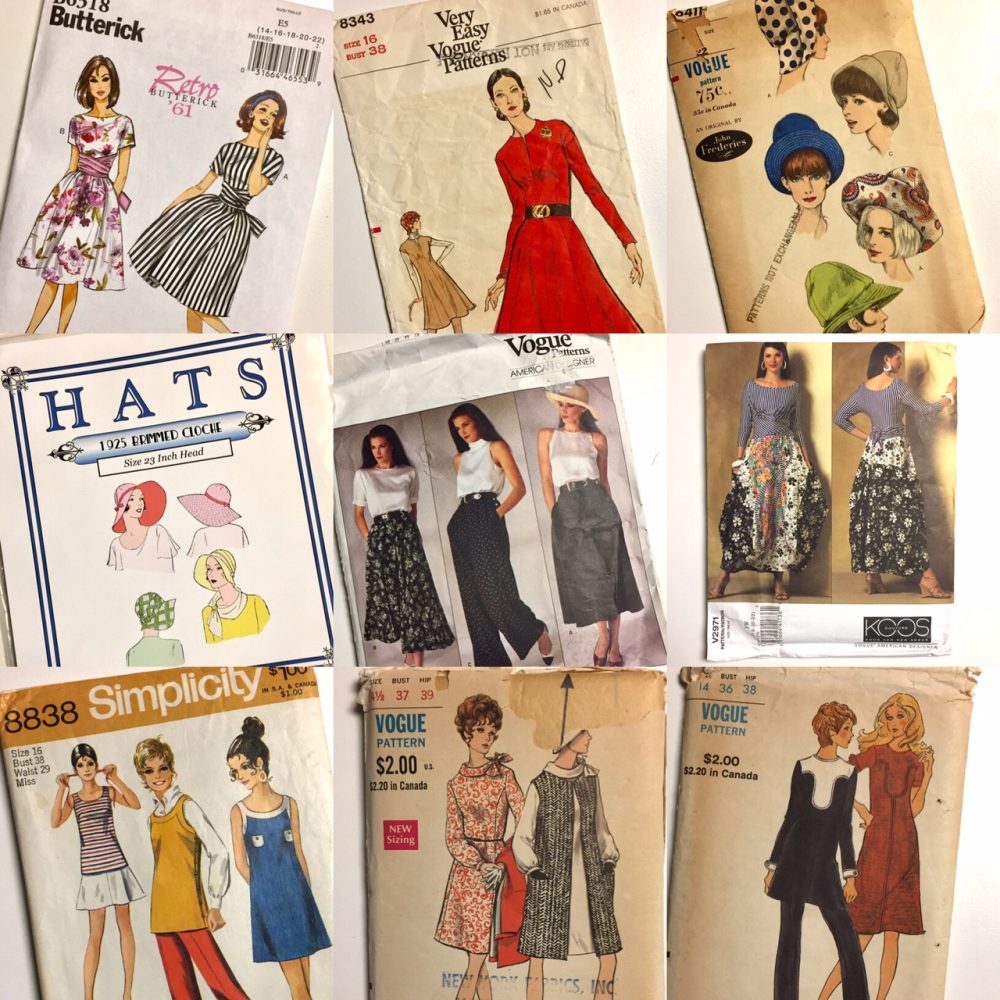 Of these patterns, the only one in print is the Butterick reissue from 1961 (B6318), part of the company’s “Retro” line. I got the cloche sun hat pattern released by the Vintage Pattern Lending Library from Lacis in Berkeley. I looked on the VPLL site to see if it was still available but I didn’t find it there. You may be able to find a copy at Lacis. Call the retail store (510/843-7290) or search their online catalog here (on the left side of the page, under the heading “Tools & Materials,” click on the link “Costume” and then you’ll see “Patterns” and a list of pattern companies.)

I love the tie-waist of the Butterick dress. Maybe I’ll make it for the Bay Area Sewists’ Frocktails event in February.

I just realized that I left off the Named Mimosa Culottes. I’m making a second muslin and hope to get that underway as well. I’ve already got fabric for it.

I don’t think I’ll make everything because new patterns are always being released and I get easily distracted. The pattern queue is always changing.