I buy sewing patterns in spurts. They tend to be impulse buys or maybe it’s a pattern I’ve been eyeing for a while but haven’t decided if I really want to get it. And then I see an email about a sale so I buy it. Or it’s a pattern I’ve seen on someone’s Instagram feed. If it’s sold out or out of print (OOP), I go to eBay or Etsy to hunt it down.

Here are some of the sewing patterns I’ve either purchased or have been generously gifted to me since the summer. I’ve listed them roughly in reverse chronological order – the most recent additions to my pattern collection appearing first. (Please excuse the bad photos. They are rather blurry and dark.)

I got this Kwik Sew patttern to make a cardigan for my husband – a birthday present for him. You can read more about why I picked this pattern here. I haven’t sewn any Kwik Sew patterns yet. I like that the paper is white and printed in color. It’s nice to have the sizes in different colors. I bought this pattern on eBay for $10.25 because it’s OOP. It’s uncut and like new. Apparently newer Kwik Sew patterns are on tissue paper. Darn. So if you have look for OOP patterns to get the white paper. 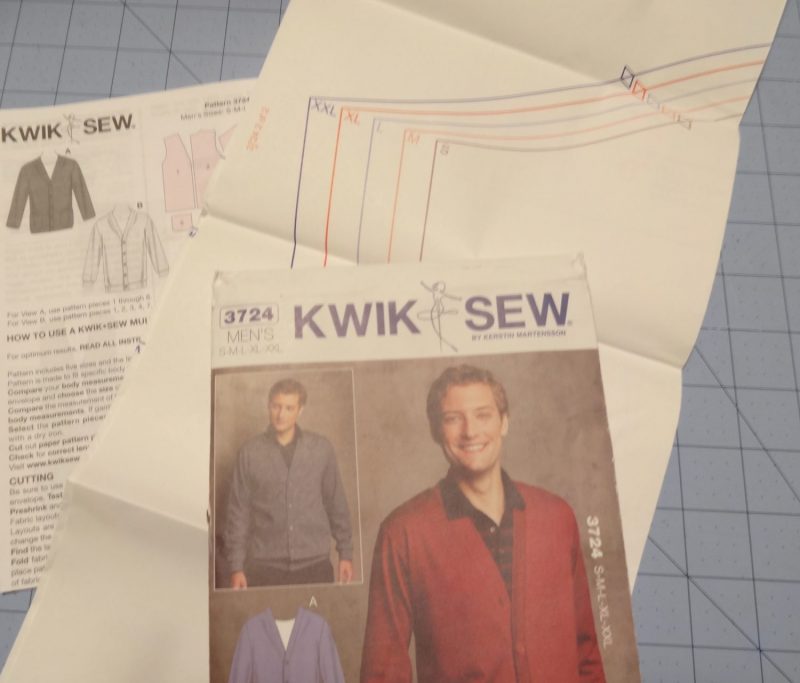 Last week, the McCall’s pattern company had a sewing patterns sale on nearly all of its patterns. Kwik Sew, Butterick and get any simpler than pants with an elastic waist! I like the wide legs on these pants. And then I saw this vintage reissue, which I had noticed several weeks ago when I was looking at vintage patterns. I just love how it wraps around the waist. So I got these three Butterick patterns. 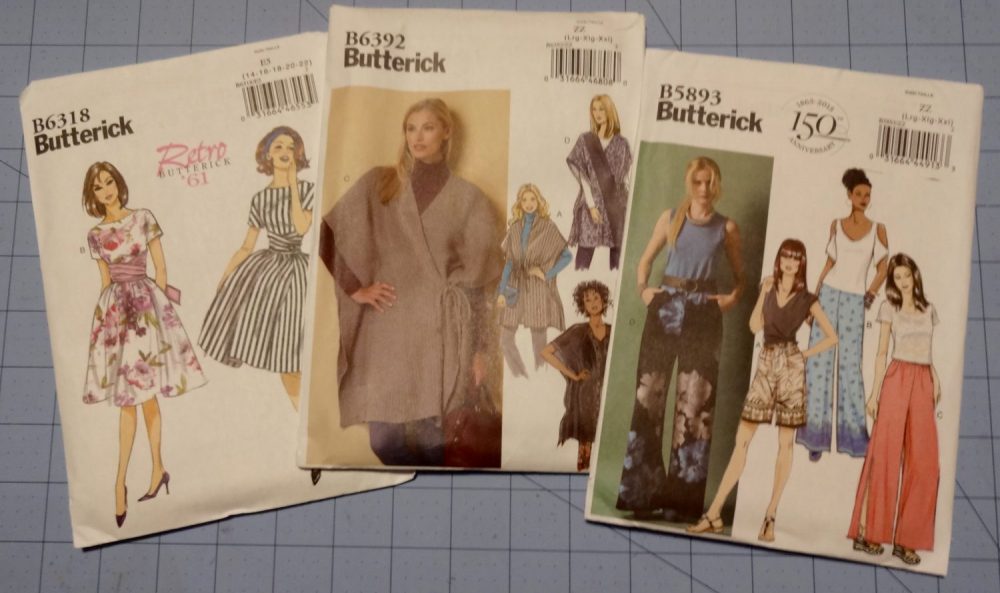 In September, during #bpSewvember –  Bimble and Pimble‘s Instagram photo challenge, @sownbrooklyn posted this image of two vintage hat patterns that she got as part of a Craiglist haul. (She blogs at Sown Brooklyn.) And I commented that I loved the pattern on the right. And guess what? She offered to send it to me! I was thrilled to accept and got the pattern a few days later. The hats look like something Audrey Hepburn would have worn.  Thank you, Wanett! 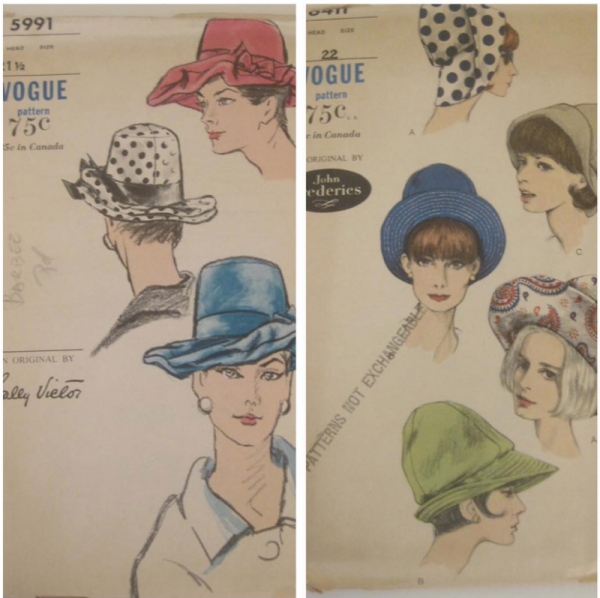 Just a few months earlier a lovely Bay Area Sewists member gave me the vintage 1959 McCalls sewing pattern below. I love both versions of this dress – a full skirt and the sleek sheath. Here are both patterns. 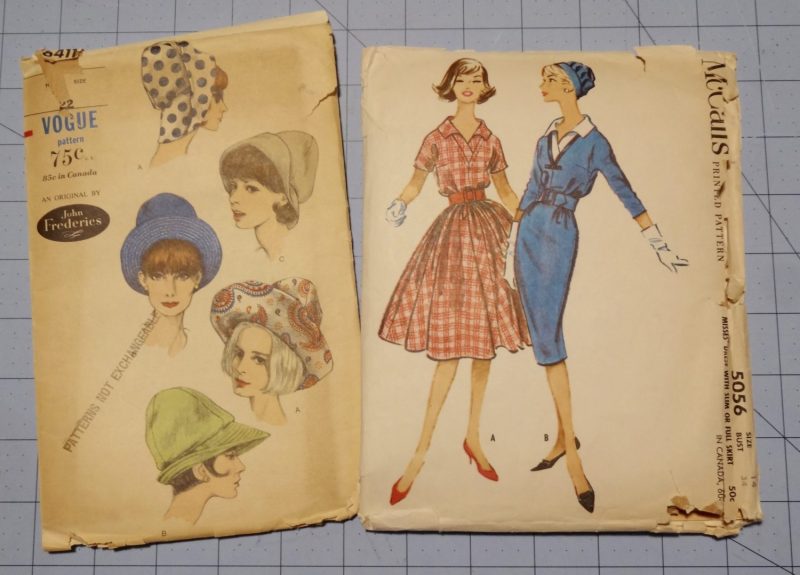 I’ve become a little obsessed with pants (trouser) sewing patterns. I really need some new pants because most of mine are a little too tight because I’ve gained weight over the past year. Plus my favorite pair of trouser jeans are too worn out to wear in public any longer. I may try to copy those but in the meantime, I bought some medium-weight denim when I was in New York in August and a couple of months later I got this Butterick pattern B5682. I want to make the trouser version. 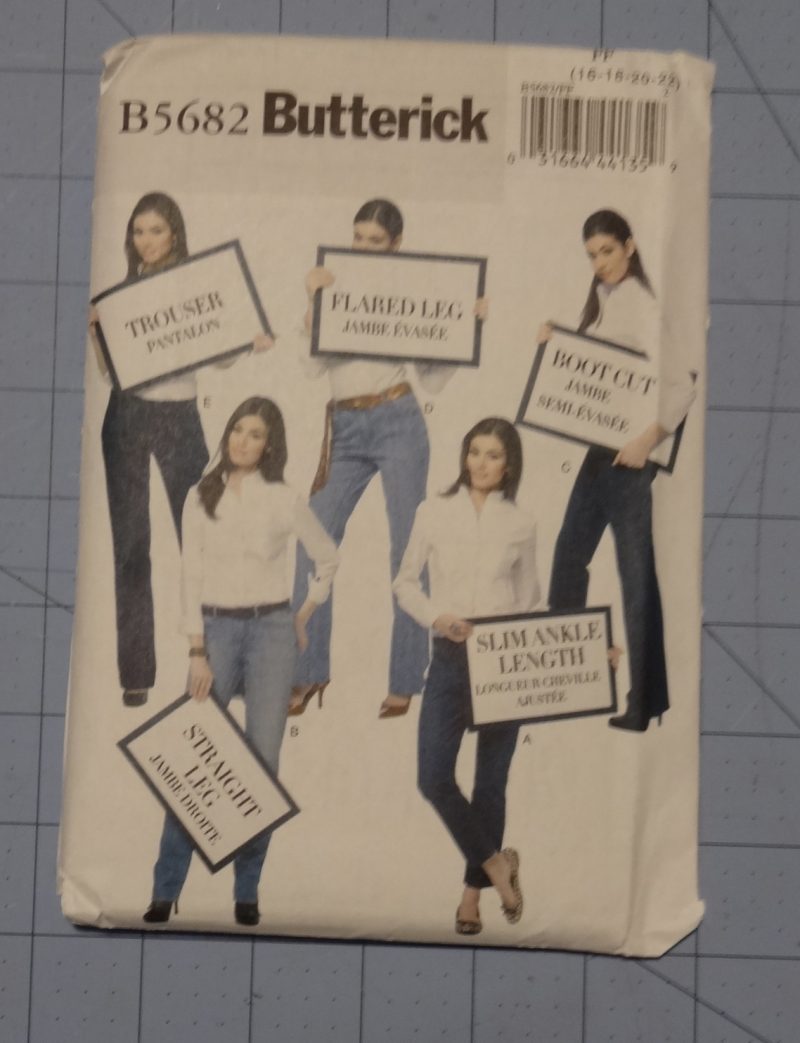 And last, but certainly not least, are the indie patterns I’ve purchased over the past several months I first saw Deer and Doe’s Fumeterre skirt on Libby, an Aussie sewist who I first “met” on Instagram. When she came to San Francisco in May for a work conference, we went to Britex Fabrics and she wore this skirt. I loved her version. I got the pattern at Stonemountain & Daughter Fabrics in Berkeley, which carries more than 40 indie pattern lines in their brick-and-mortar and online store. Here’s a link to the online pattern store.

I also got the Sew House Seven Toaster Sweater pattern at Stonemountain. I got some wool double-knit fabric to make Version One of the Toaster Sweater. I saw a few versions on Instagram and had to buy it. 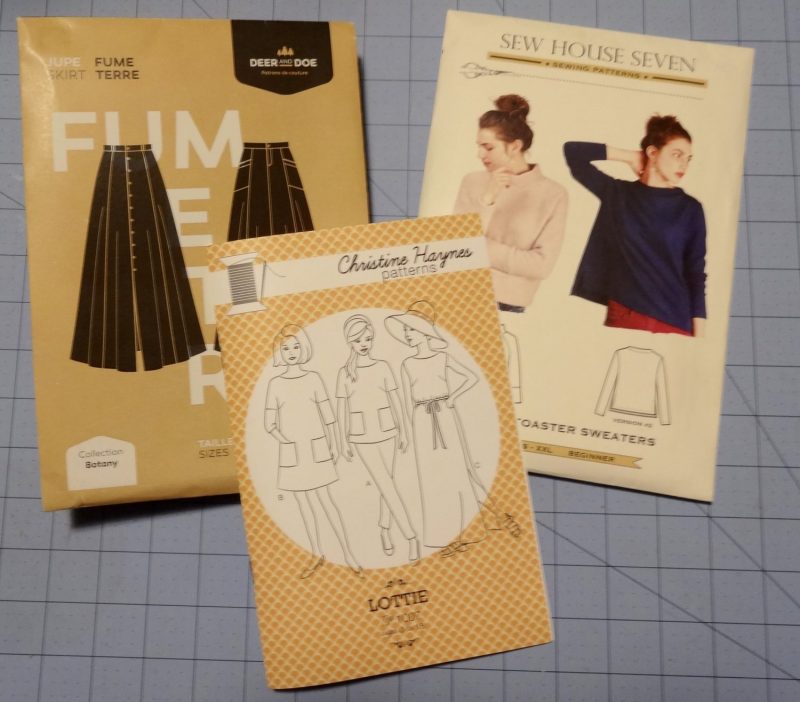 I’m a longtime fan of Christine Haynes. I bought her first book Chic & Simple Sewing and made quite a few garments from it. I even interviewed her on my blog back in 2012, back when she only had a couple of sewing patterns out. You can read the interview here.

So that about sums up most of the patterns I’ve bought over the past six months. I think this will keep me busy for 2017! I’ve got a rather long sewing queue now, not to mention other sewing projects that are underway. I’m not a speedy sewist because I only have time to work on things a little bit at a time. But my main priorities are trousers and tops, which I why I’m really enamored with the Toaster Sweater. However, I may make the Butterick dress for the Bay Area Sewists Frocktails event in February.

What are your sewing plans for the new year?